Negative oil prices have dominated headlines recently. A combination of oversupply, lack of demand, and a lack of storage capacity resulted in temporarily negative oil prices, where holders of a futures contract were paying others to take delivery of oil for them. We explore what happened, what it means for the world market, and where oil prices could ultimately be headed.

Unlike stocks, which are inherently a financial instrument, the world of commodities trading intersects with real world supply and demand of goods. Futures contracts, utilized across a range of commodities from lean hogs to concentrated orange juice, represent an agreement to deliver a set amount of the commodity at a certain date. While commodity traders, or speculators, might attempt to profit from the fluctuation in the prices of these contracts before delivery, every contract ultimately results in the commodity being delivered to whoever is holding it at its expiration date.

Tuesday, April 21, was the expiration date of the West Texas Intermediate (WTI) crude oil contracts for May delivery, meaning anyone who held those contracts and did not want to take physical delivery of oil in May needed to exit those positions, including professional speculators, or hedge funds. It also included exchange-traded funds (ETF) that attempt to track the price of oil using futures contracts. The combination of expiring contracts, plummeting oil demand amid the COVID-19 pandemic, and little available storage due to excess supply converged to create a situation in which holders of May contracts actually paid investors with available storage to take their contracts. May crude oil settled on Monday, April 20, at -$37 per barrel [Figure 1]. 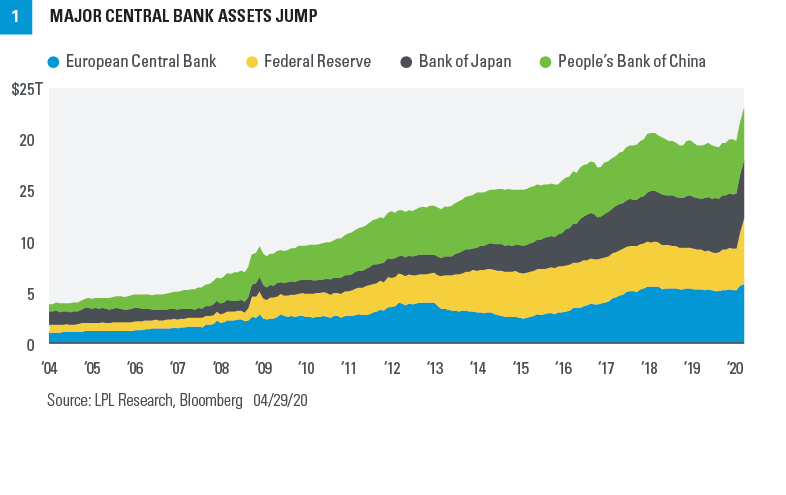 The negative prices were only for the May delivery of crude oil. Currently, oil prices across the futures curve remain well below where they were just two weeks ago; however, the rebound late last week was encouraging as the market seems to be anticipating a recovery in oil demand as the economy reopens later this year. LPL Research Chief Investment Officer Burt White offers a simple explanation of oil futures contracts in the short YouTube video Street View: Gas Guzzling Contracts.

LIMITED SPILLOVER TO OTHER PARTS OF THE MARKET

Few of us speculate on commodity futures, but the price of oil remains an important variable in both the costs and revenues of many large companies. Energy companies, including those involved in the drilling and production of American shale oil, are among the most notable examples of companies whose profits can be hugely influenced by the price they obtain for the oil they produce. While the stock market sold off on Monday and Tuesday last week, energy stocks modestly outperformed on those days, and not a single stock in the S&P 500 Energy Index has made a new 52-week low since the first week in April.

We have recommended an underweight allocation to the energy sector for some time, and we maintain that stance, but perhaps investors had already priced in the potential for prolonged and severe weakness in oil prices when the energy sector declined about 50% in the first quarter of 2020.

Importantly, as energy stocks have underperformed over the past six years, their weight in broad equity indexes has continued to decline. Energy stocks now represent less than 3% of the S&P 500 Index, while the information technology sector accounts for more than 25%. The benefit to consumers and companies that normally use a lot of oil, such as airlines, truckers, railroads, and shippers, could rival the hit to earnings from the energy sector.

WHAT WE SEE GOING FORWARD

Oil prices were already under pressure this year, as OPEC and Russia initiated a price war, flooding the market with oil in order to gain market share. The United States has been the top oil producer in the world since 2013, but American firms have tended to have higher extraction costs, with the Dallas Federal Reserve saying that US firms need an average of $49 per barrel to be able to drill profitably—nearly ten times what Saudi Arabia needs, by some estimates. While the true break-even price varies by firm and drilling basin, it would be difficult for US shale firms to operate profitably with oil under $30 per barrel. Currently, every WTI crude oil contract due in 2020 is trading under that level, underscoring the extreme pressure these companies are experiencing. However, while credit spreads on high-yield energy bonds remain at distressed levels, they changed little last week and remain well below their highs from late March. That’s further evidence that markets were more focused on longer-term supply-demand fundamentals than the expiring May futures contract.

Gasoline accounts for nearly half of US oil consumption, and we ultimately expect a rebound in crude oil prices in the second half of the year, as the economy recovers and people begin driving again. That said, profitability for energy companies is likely to remain considerably impaired into 2021, and we are maintaining our underweight recommendation for the energy sector.

According to the signals we’re watching in our Road to Recovery Playbook, we still cannot confidently declare that the March 23 S&P 500 lows will be the eventual bear market bottom and the start of a new bull market. However, we have upgraded Signal #1 to “Already there” based on the stabilization of new cases in recent weeks, even as testing has ramped up. Although another wave of cases is possible as states reopen, LPL Research believes the peak in daily new cases in the United States of around 34,000 established during the second week of April is very likely to hold up. This leaves two signals as “Almost there” [Figure 2].

Based on our analysis of valuation, technical, and sentiment factors and historical patterns following bear market lows, we would suggest that a potential market pullback of around 10% may create a more attractive entry point for more tactical investors in suitable portfolios. Overall, we continue to encourage patience.

For long-term investors, we continue to believe stocks may be more attractive than bonds at current valuations, and we would recommend overweight allocations to stocks, and a corresponding underweight to fixed income for suitable investors. 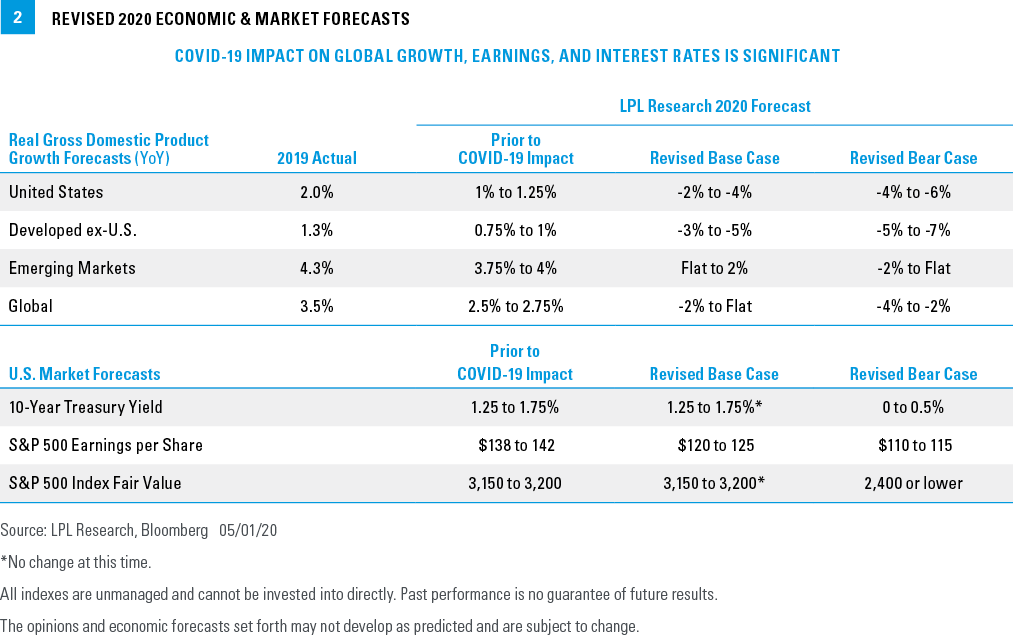 All information is believed to be from reliable sources; however LPL Financial makes no representation as to its completeness or accuracy.